A federal prosecutor in West Virginia is sponsoring a “marijuana symposium” on Wednesday to talk about the impact of adult-use legalization in Colorado. 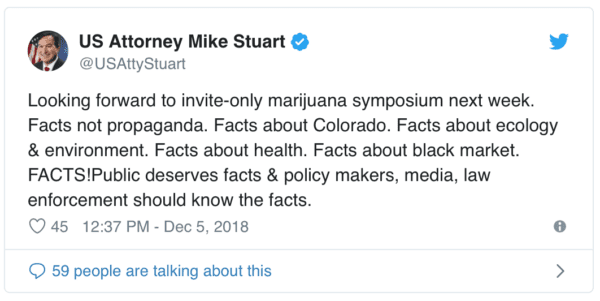 But don’t expect a ringing endorsement from U.S. Attorney Mike Stuart’s office. The official is decidedly opposed to legalization and has regularly taken to Twitter to express his disdain for cannabis. 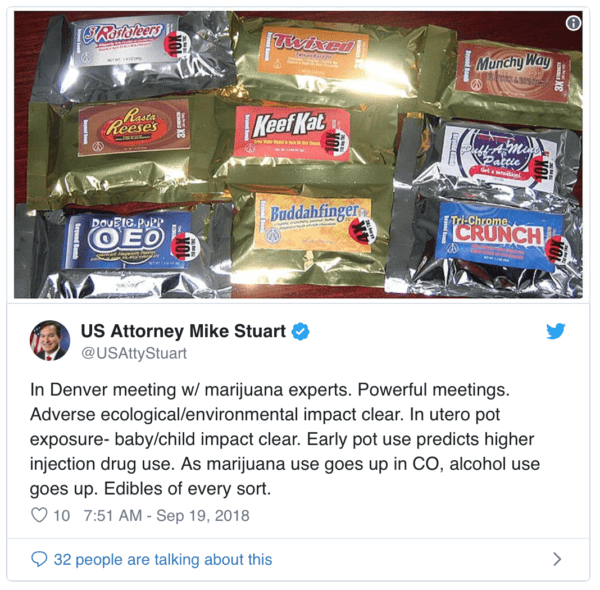 In August, Stuart said “aggressive efforts” will be taken in his district “to enforce federal laws for hemp, marijuana and CBD edibles/oils.” He’s made good on that promise, too, taking the issue to court.

This week’s symposium promises invited policymakers “[v]aluable information” on the “impact marijuana legalization has had on communities,” featuring guest speakers such as Kevin Sabet, president of the prohibitionist group Smart Approaches to Marijuana, and Mourad Gabriel, who has specialized in research assessing the environmental consequences of illicit grow operations. 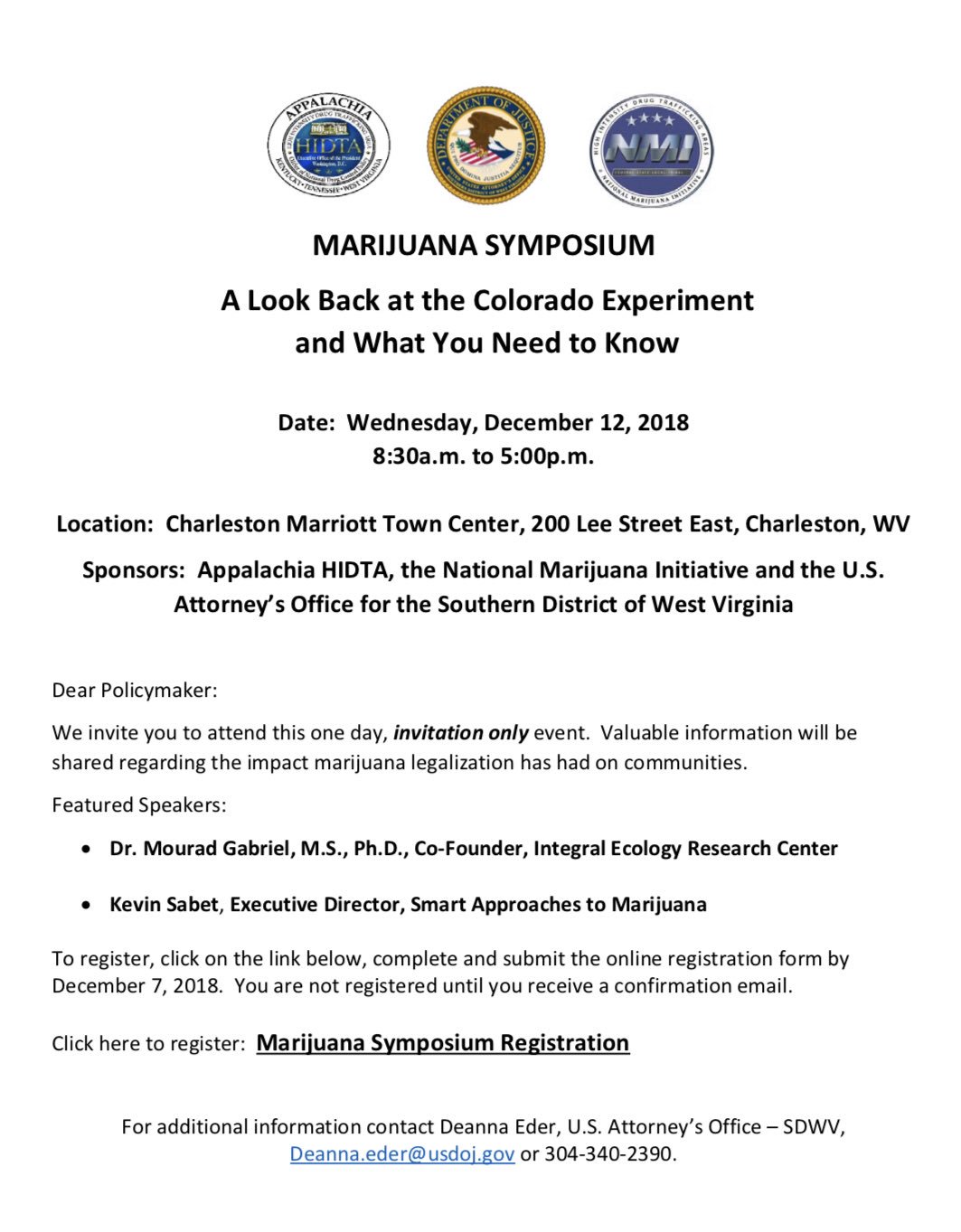 Marijuana Moment reached out to Stuart’s office for additional information about what will be discussed at the symposium, but a representative was not immediately available.

“You know we’re not trying to reinvent the wheel here in West Virginia,” Rusty Williams, who is on the West Virginia Medical Cannabis Advisory Board, told WOWK 13 in September. “California has had medical cannabis since 1996, with great success. There are 29 other states that are doing this currently and to me there is no reason why West Virginia can’t figure this out.”

For the record, since Stuart’s event will apparently focus on Colorado’s experience with legalization, the state released a report in October that determined intoxicated driving cases dropped 15 percent from 2014 to 2017 and adolescent cannabis use for the 2014-15 school year was at “the lowest it’s been since 2007-08,” among other findings.