Jon Doneson started feeling ill on a Friday morning in June, after he arrived home in New York on a red-eye flight from the West Coast. He’d traveled to China, then to California, as part of his job managing the back office of his wife Susan’s apparel company. He hoped to re-acclimate to Eastern time, so rather than resting he went to the gym. But he became ill after his workout, vomiting violently and sweating heavily.

Doneson, 52, wrote it off to fatigue. In subsequent weeks Susan pointed out that he had a strange cough. But to Doneson it wasn’t particularly bothersome. 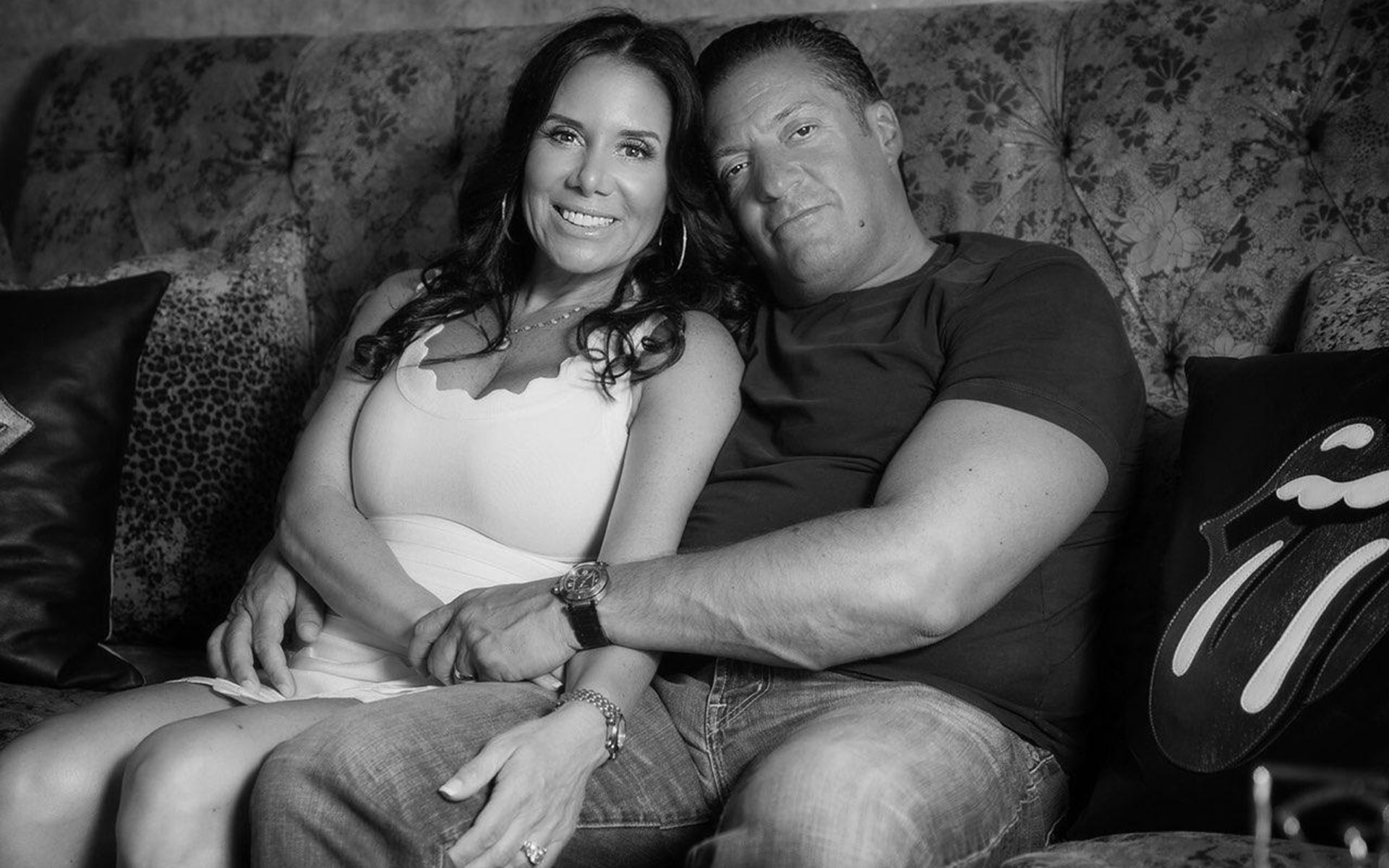 Susan and Jon Doneson fought Jon’s strange lung illness for weeks. They didn’t suspect a THC vape pen until a pulmonologist noticed that he’d mentioned it on an intake form. (Courtesy of Jon Doneson)

Jon Doneson was quarantined and fighting for his life. Then a pulmonologist recalled that he’d mentioned using a vape pen.

“The cough was actually very painful,” he says. He experienced night sweats. He had a fever and pain. His doctor diagnosed bronchitis, but the prescribed meds failed to dent the symptoms. At a follow-up visit, a chest X-ray indicated that Doneson had double pneumonia. This time his doctor prescribed doxycycline for the infection.

About ten days later, though, Doneson felt so awful that he asked his wife to take him to the doctor, who told him to go straight to the emergency room. When doctors at Manhasset’s North Shore University Hospital learned he’d recently visited China, they quarantined him and tested him for various ailments. All came back negative.

Next came a battery of nearly a dozen infectious disease specialists and Centers for Disease Control officials. They clustered around Doneson, who even in his feverish state knew how surreal the scene looked—bed-ridden in a pressurized room with a red quarantine sticker on the door. As he recalls it, “I was totally in disbelief.”

Sickened lungs show up as cloudy on the left x-ray, and clear after treatment of one suspected VAPI patient in Utah. (Courtesy University of Utah)

Doneson, a Queens native who now lives in Roslyn Heights, considers himself a healthy person. He runs and works out, doesn’t smoke, rarely drinks. He never dreamed he’d be the patient in a scene out of a Hollywood contagion movie.

As his situation worsened, doctors asked Susan Doneson to fill out a ‘Do Not Resuscitate’ form. She was emotionally devastated. Jon tried to calm her. “Listen,” he told her, “I had a rock star of 52 years of a life.” But he wanted to stay alive for their 10-year-old son.

He might have died had a pulmonologist not noted a small detail while obtaining his medical history: Doneson said that a few months earlier, he’d started using a THC vape pen. 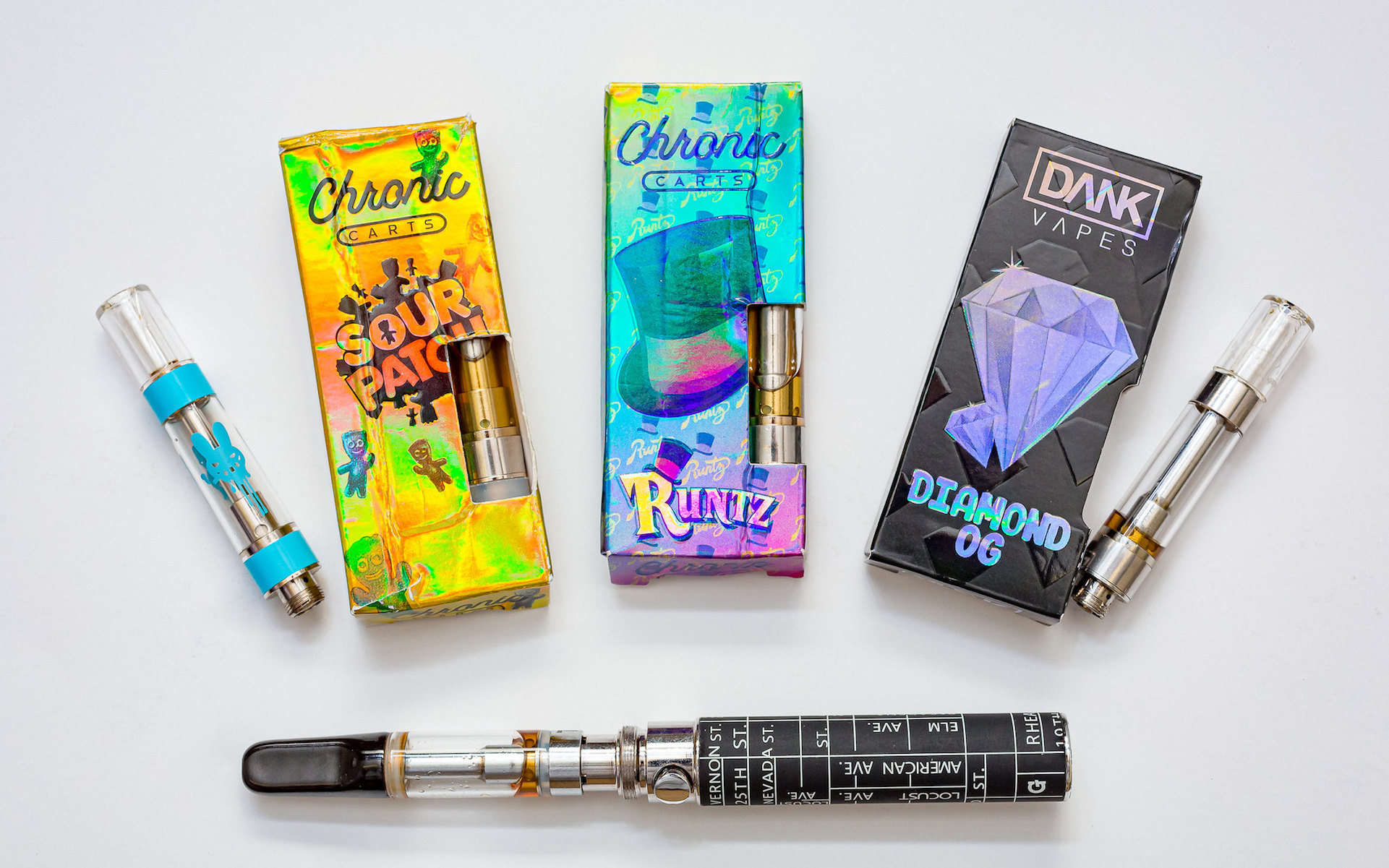 As the world now knows, a multi-billion dollar marketplace exists for illicit THC vaping devices and cartridges. Millions of street consumers use them, and unlike vape carts purchased in state-licensed medical marijuana dispensaries and cannabis stores, illicit products lack regulation and mandatory testing for potency or purity. Recent reports have estimated that America’s legal, regulated cannabis industry accounts for only 22% of the nation’s $52 billion in cannabis purchases. The other 78% of the THC market remains untested and out of control.

Until this year, the health effects of street-purchased vape cartridges went largely unnoticed. It’s not clear whether that’s because doctors didn’t spot earlier vape-related lung irregularities, or if something dramatically changed in the vaped oil itself in the past few months. What we know is this: Near the end of 2018, a new additive entered the street THC vape cart supply. And hundreds of serious pulmonary injuries, and possibly as many as nine deaths, followed.

Public health officials and labs have discovered the new additive—a form of vitamin E oil used as a cutting agent—tainting a large amount of the devices that sick people reported using. At Leafly, we wanted to know how that additive entered the market, and why.

Our team of reporters and editors investigated the origin of the various components of a street-market THC vape cartridge. Ultimately, we were able to identify a contaminated supply chain that begins in the manufacturing centers of China, runs through the wholesale markets of downtown Los Angeles, disperses to regional pen-filling operations, and finally ends up in the hands of unsuspecting consumers like Jon Doneson.

The supply chain begins in China, runs through Los Angeles, disperses to regional pen factories, and ends up in the lungs of unsuspecting consumers.

It’s important to note that this supply chain is not coordinated or controlled by powerful drug cartels. Companies small and large operate independently at every link in the chain.

Along its journey each vape cartridge—also known as a cart—may pick up lead (the toxic heavy metal), pesticides, unsafe additives like vitamin E oil, and the residual solvent butane. Each of these ingredients can cause lung injury. As many as 50 million of these tainted carts may currently be circulating in the United States. Since the federal Centers for Disease Control (CDC) began tracking VAPI (vaping-associated lung injury) in July 2019, the agency has documented 530 confirmed or probable cases of injury. The CDC expects that number to climb.

Most VAPI victims used THC carts purchased in the illicit street market. Many used THC and nicotine carts, and some claim to have used nicotine only. All three products can be manufactured with the same hardware. The same supply chain that produces tainted THC vapes also yields dirty, counterfeit JUUL pods for the nicotine market, and tainted CBD carts for the CBD market.

Peter Hackett is the owner of Air Vapor Systems, a Concord, California-based company that imports vaporizer cartridges. He says it takes less effort to get into the fake JUUL or cheap CBD cart game than it does to get into the tainted THC cart game.

“It’s ten times easier,” he says. “You can buy nicotine on Amazon. Same for CBD. Every constituent up till the THC oil is exactly the same.”

Type in “empty” and “cartridge” into the e-commerce site Alibaba, and dozens of Chinese manufacturers pop up, offering to make them to order. The cheapest run about 59 cents per cart, if you order 10,000 or more. For a few pennies extra you can have a customized logo engraved on each tank. The same manufacturer will create packaging, too. Just say the word and send the money.

If you’re vaping something illicit, it was probably made in the Bao’An district of Shenzhen.

More than 95% of North America’s illicit vape pen hardware is manufactured in the Bao’An District of Shenzhen, China, says Peter Hackett, the industry expert who regularly does business there.

“If you’re vaping something, it was made in Bao’An in Shenzhen,” he says. “There’s over 1,000 factories and hundreds more [getting in the game] every day.”

Many factories are “little more than a collection of people trying not to starve,” added Hackett. “They’ll make you anything.”

Workers bundle those cartridges and packages, then shrink-wrap, pallet, and load them onto a cargo container ship. Twenty days later they arrive at the Port of Los Angeles and Long Beach, CA, the busiest container port in the United States. From there, they go either to the direct-mail customer or to brokers in the Toy District in Los Angeles.