Jeff Sessions, the president’s earliest and most fervent supporter in Congress, stepped down as attorney general Wednesday after brutal criticism from the president, bringing an abrupt end to his controversial tenure as the nation’s top law enforcement officer.

President Trump wrote on Twitter after a marathon press conference at the White House that Sessions was out and that Sessions’ chief of staff, Matthew Whitaker, would serve as an acting replacement.

Sessions, 71, lasted not quite two years in the job. But in that brief period, the former Alabama senator managed to usher in a new era at the Justice Department. 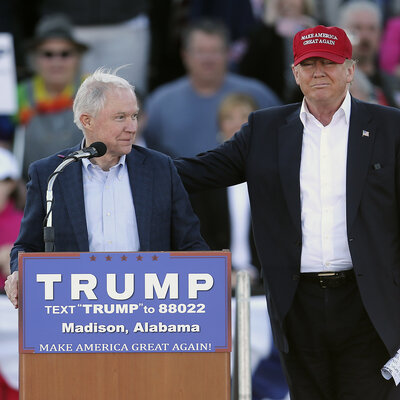 Sessions threatened so-called sanctuary cities with the loss of federal funding and announced a “zero tolerance policy” for people who cross the southern U.S. border illegally.

He decried a looming wave of violent crime across the country, even though criminologists maintain homicides and assaults remain near historic lows in most places.

Read more from the source: NPR.org