Marijuana consumers prefer legal dispensaries over the unregulated market when purchasing their cannabis—even if that means paying a higher price per gram—a new study found.

The study, pending publication, sought to assess claims from legalization advocates that legalizing marijuana would deprive the illicit market of sales and generate tax revenue through a regulated system.

The researchers found that the argument is well-founded.

“[T]he introduction of legal cannabis into the market may disrupt and reduce illegal purchases,” according to the study.

But there is a price point that apparently tilts the scale, at least for the Canadian consumers included in the sample.

“Of course, these data also suggest that the specific pricing will determine the extent of this disruption,” the study authors wrote. “For example, when priced the same or slightly higher, the legal cannabis was preferred and suppressed illegal purchasing, but, by $20 [per] gram, that pattern was reversed.” (Figures noted here are in Canadian dollars.) 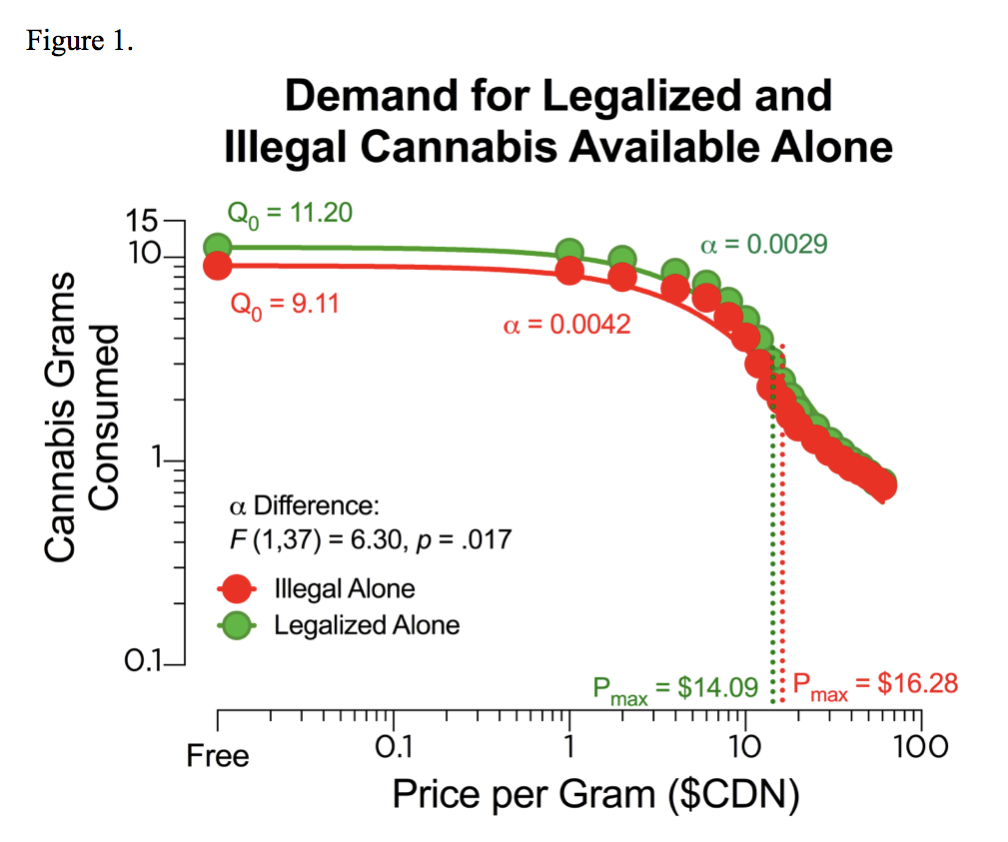 The findings about the specific price point might not be replicated in areas where average cannabis prices, either in dispensaries or on the illegal market, are higher.

But what’s clear is that most users favor legal, regulated systems to purchase their product.

Researchers listed several explanations for this trend: 1) people are more likely to trust that legal dispensaries provide cannabis that has been tested for quality, 2) dispensaries also provide information about the concentration of cannabinoids such as THC and, of course, 3) going the legal route means avoiding the risk of criminal penalties.

“These were directly specified in the experimental task and are part of the rationale for Bill C-45,” the study said, referring to legislation that recently passed in Canada to fully legalize marijuana nationwide.

There were two limitations outlined in the study.

Second, the primary alternative to the legal market included in the study was priced at $10 per gram (a “dime bag”) and so it’s “conceivable that legal cannabis could provoke a ‘price war’ with illegal cannabis and these data cannot speak to preferences related to a heavily discounted contraband product,” according to the researchers.

Nevertheless, the study offered a “rare direct empirical examination of the substitutability of legal and illegal cannabis.”

In spite of its limitations, the research demonstrates that “legal cannabis is a preferred and asymmetrically substitutable commodity” but that any law attempting to divert consumers from the unregulated market will have to take pricing policy into account.