Legalizing marijuana for medical or recreational purposes isn’t associated with an uptick in traffic fatalities, according to a new study released this month.

“[L]egalizing marijuana is not found to be a statistically significant predictor of fatality rates,” he concluded. “This finding means that the legalization of marijuana for both medical and recreational purposes is not associated with either a reduction or increase in fatalities per 100,000 vehicle miles traveled.”

After conducting a regression analysis that turned up no evidence that state legalization efforts result in an increase or decrease in traffic fatalities, Young used a difference-in-difference model to compare the traffic fatality rates in legal cannabis states and control states. The more tailored analysis covered an eight-year timeline, starting five years before the state in question legalized marijuana.

No concrete trends emerged from that analysis.

In Arizona, where medical cannabis is legal, average traffic fatalities mirrored those of Wyoming and South Dakota, where marijuana is prohibited. 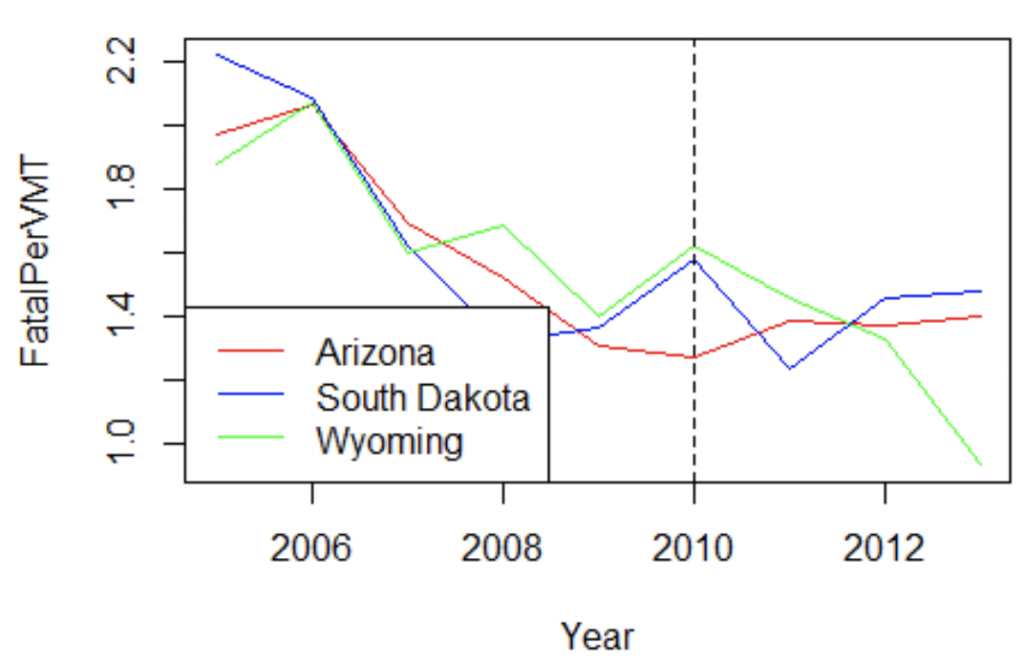 The fatal car accident rate was considerably higher in Colorado compared to Georgia and Iowa in 2001, but that trend started happening prior to medical cannabis legalization and also leveled out by 2003. 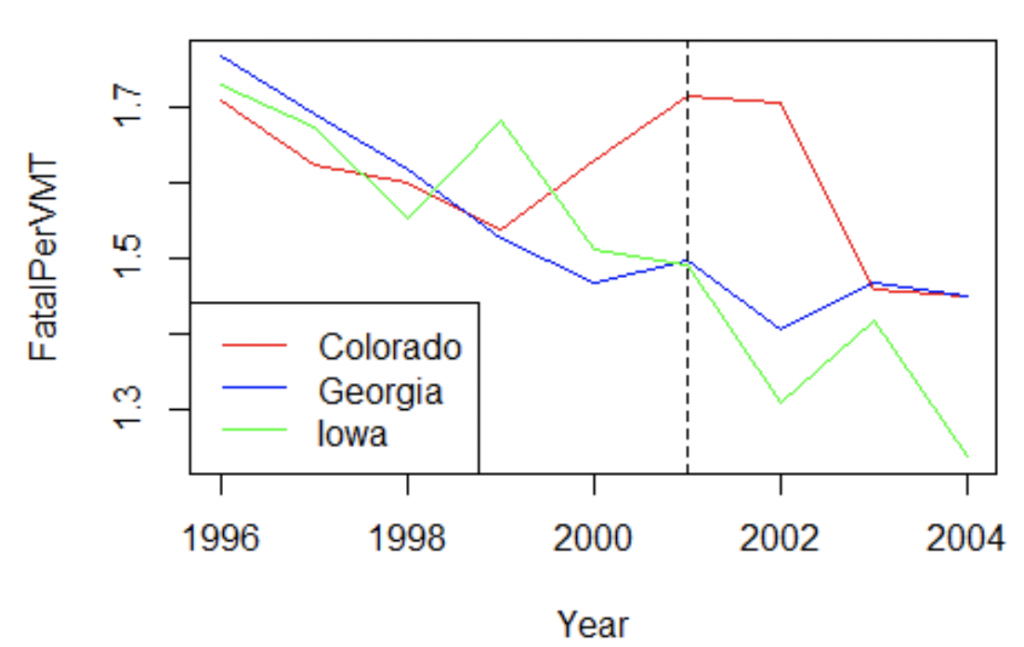 Traffic fatalities dropped in Washington D.C. following the City Council’s 2010 approval of medical cannabis, and were lower than in Utah or Virginia, which prohibit marijuana. 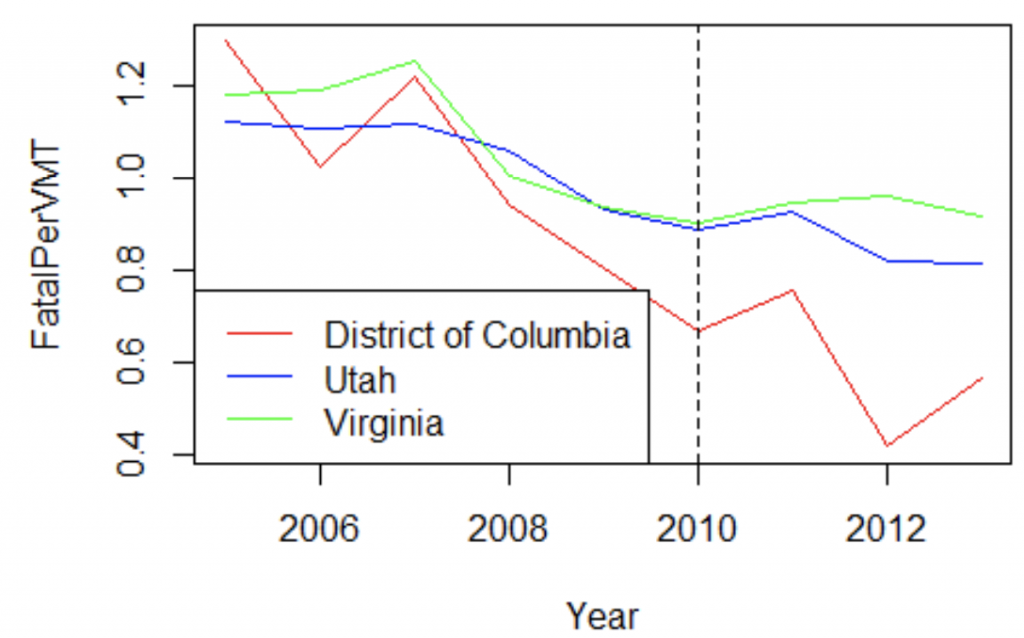 “The results of the analysis suggest that there is no statistically [significant] relationship between marijuana legalization and fatal crashes,” Young wrote. “These findings suggest that concerns of policy makers and the public that legalizing marijuana will worsen road safety are not entirely founded.”

The main limitation of the study, which has not been published in a peer-reviewed journal, concerns states where cannabis has been legalized for adult use. The small sample size, at least compared to medical marijuana states, means the analysis might not have been able to “fully estimate the impact of recreational cannabis on traffic safety.”

That said, the findings reflect those of several past studies that have also failed to identify a statistically significant relationship between legalization and road safety.

Another recent study also debunked the myth that traffic accidents spike on the cannabis holiday 4/20.