Researchers are now churning out thousands of studies on marijuana each year. And you can expect that stream of science to keep flowing as more places enact legalization, a new review predicts.

To get a better understanding of how the scientific community has responded to the cannabis reform movement, a team based in Israel used online research databases like PubMed and Web of Science to search for marijuana-related studies from 2000 to 2017.

Research on cannabis has rapidly accelerated in recent years, far outpacing the growth in scientific research as a whole, the new study, which was published this month in the journal Population Health Management, found. 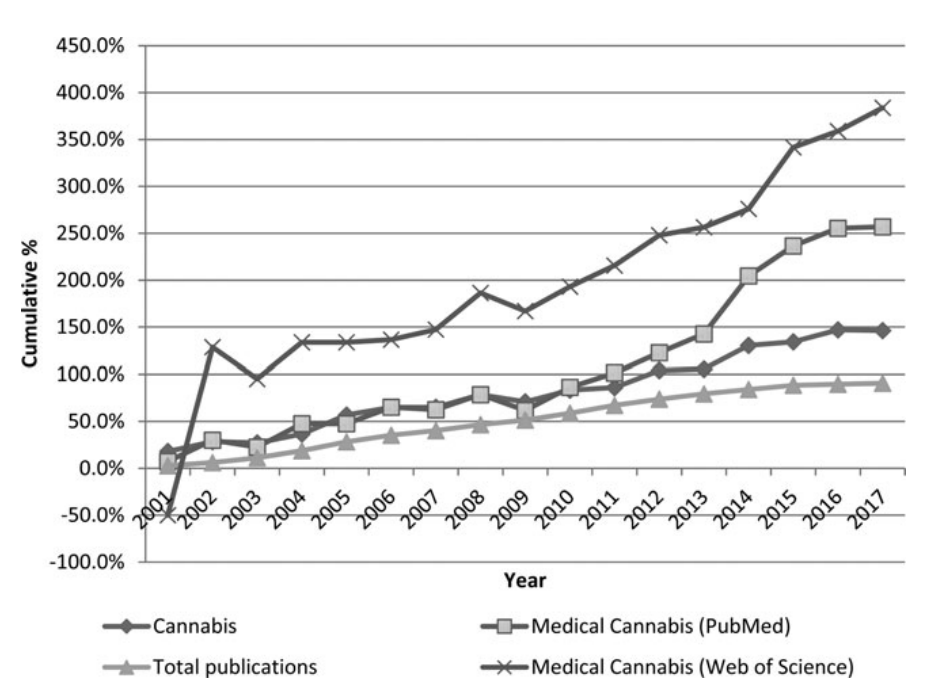 The team went on to categorize each study by medical field. 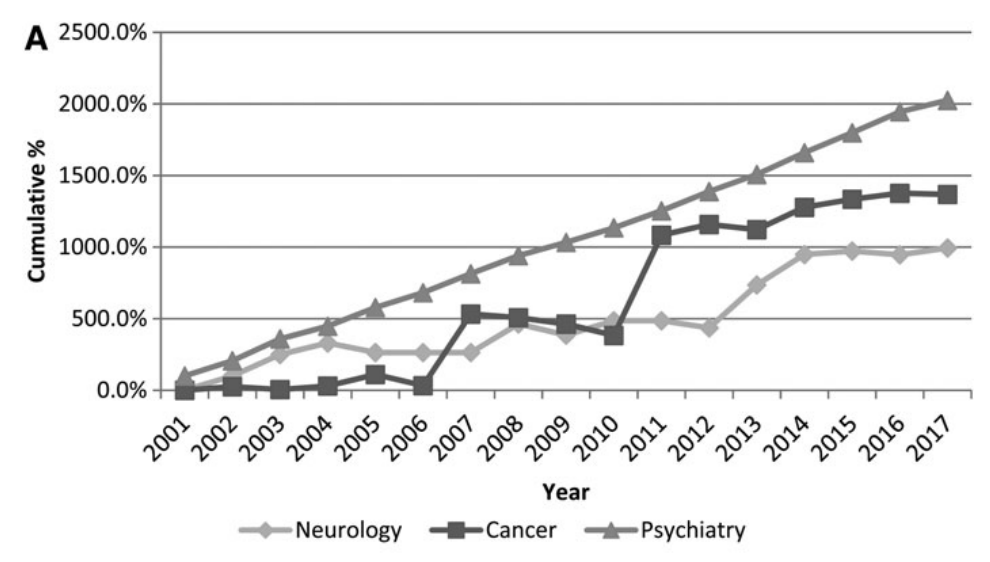 Cannabis studies that fell into the neurology realm—which would encompass research looking at how cannabinoids affect conditions like epilepsy, for instance—were the most common and experienced the steadiest growth. Oncological studies on marijuana and cancer were the second most common, followed by psychiatric cannabis studies.

Where are the studies coming from?

The authors of the new paper noted that cannabis research was stunted following the passage of prohibitionist policies in the 70s. And the recent uptick seems to correspond with state-level legalization efforts.

“The absence of an increase in publications on cannabis until recent years would appear to be related to the United Nations Single Convention that prohibited the use of cannabis for recreational purposes and had broad support in most of the developed countries,” the researchers wrote.

“It is noteworthy that the significant growth in the number of publications on medical cannabis since 2013 parallels legislation permitting the use of recreational cannabis in the states of Washington and Colorado in 2012 and in Alaska and Oregon in 2014, and subsequently in many other countries around the world.”

The team was heartened by the emerging trends in marijuana research, arguing that such a proliferation “should provide data, support, and confidence and should open new horizons for treatment of patients.”

And what’s more, the decision by the new study’s authors to categorize previous science based on medical field “can help direct researchers and policy makers to fields in which data are scant or not available at all,” they wrote.