The president of Mexico called the ongoing prohibition of drugs “unsustainable” and proposed a broad decriminalization policy as part of his administration’s “National Development Plan” that was released last week.

President Andrés Manuel López Obrador and members of his administration have often talked about removing criminal penalties for certain drug offenses and diverting people suffering from addiction into treatment programs. And that’s exactly what he proposed in the new plan, which was submitted to the nation’s Congress and is expected to inform future legislation. 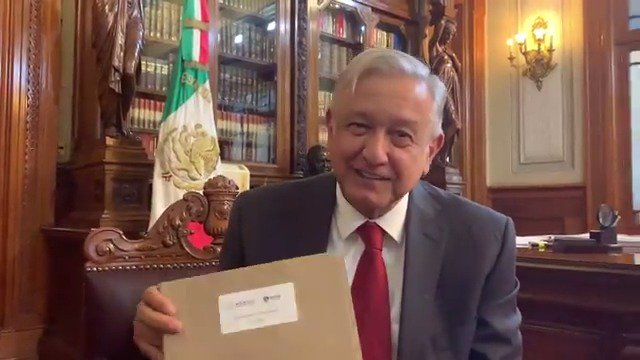 “In the matter of narcotic drugs, the prohibitionist strategy is already unsustainable, not only because of the violence generated by its poor results in terms of public health,” the administration said, according to a translated version. “In most of the countries in which it has been applied, that strategy has not been translated into a reduction of consumption.”

“Worse still, the prohibitionist model inevitably criminalizes consumers and reduces their odds of social reintegration and rehabilitation,” the proposal states. “The ‘war against drugs’ has escalated the public health problem represented by substances currently banned until it becomes a crisis of public security.”

The document says it is time to “renounce the claim” that addiction can be combated through prohibition and to instead “offer detoxification treatments” to people with addiction “under medical supervision,” and calls for money that’s currently used to enforce anti-drug laws to be used instead to fund treatment programs.

“The only real possibility of reducing the levels of drug consumption resides in lifting the prohibition of [those] that are currently illegal,” the document states.

It also suggests providing consumers with a “supply of doses with prescription,” indicating some form of legal distribution of currently prohibited drugs.

The unambiguous endorsement of a harm reduction approach approach to drug policy is significant, and if translated into legislation, would set Mexico far apart from its U.S. neighbor, which continues to lock up large numbers of people for nonviolent drug offenses and has resisted programs like safe consumption sites.

However, the administration noted that it would discuss the plans in a “negotiated manner” with the U.S. government and the United Nations, which maintains treaties prohibiting member states from implementing certain drug reform policies.

In the interest of public safety, Mexico must “end the war against drugs” and adopt a “prevention and treatment strategy” in dealing with drug addiction, the government said.

The development plan also argues that it is important to create “sustainable economic alternatives” for people whose livelihoods are based on the currently illegal drug market.

As El Heraldo de Mexico noted, López Obrador’s National Regeneration Movement controls both of the legislature’s chambers, and so it’s conceivable that lawmakers could follow up with bills to make the president’s proposals a reality in the coming year.

Zara Snapp, with the Instituto RIA and the coalition #RegulacionPorLaPaz, told Marijuana Moment that the president’s proposal is “generally positive” but that advocates have some concerns about language that seems to pathologize people who use drugs as necessarily requiring treatment, which is not the case for most consumers.

Meanwhile, though marijuana would in all likelihood be included in López Obrador’s expansive decriminalization proposal, the administration has also separately advocated for the legalization and regulation of cannabis. Prior to becoming the country’s interior minister, Olga Sanchez Cordero introduced legalization legislation as a senator, and her bill remains under consideration in the Congress.

Following a Mexican Supreme Court ruling that deemed the prohibition of marijuana possession and consumption for personal use unconstitutional, the government was given an October deadline to amend federal laws accordingly.

Julio Ramón Menchaca Salazar, head of the Senate Justice Committee, said that the chamber would “take advantage” of the summer recess session to get a final legalization bill together.

Snapp said that the issue of regulating poppy, from which heroin and other opiates are derived, is also increasingly “on the radar of folks in government.”