Festival attendees use different drugs depending on the genre of music featured at the events, a new study found, but marijuana seems to be the great unifier.

Researchers wanted to know if previous surveys of festival attendees that asked about their drug use would be consistent with physical analyses of wastewater from various events. So they tested wastewater for signs of 26 different drugs at seven music festivals across the Czech Republic and Slovakia.

The tests were stretched out over days to establish baseline figures. Wastewater was tested days prior to a festival, throughout the festival and days after the festival.

What the study revealed was close associations between certain styles of music and different drugs identified in wastewater. MDMA and cocaine were especially prevalent during dance and pop festivals, alcohol and tobacco were common at metal and multi-genre festivals and cannabis was used across the board “independently on the music genre preferences,” though it did increase at a higher rate during pop and rock events. 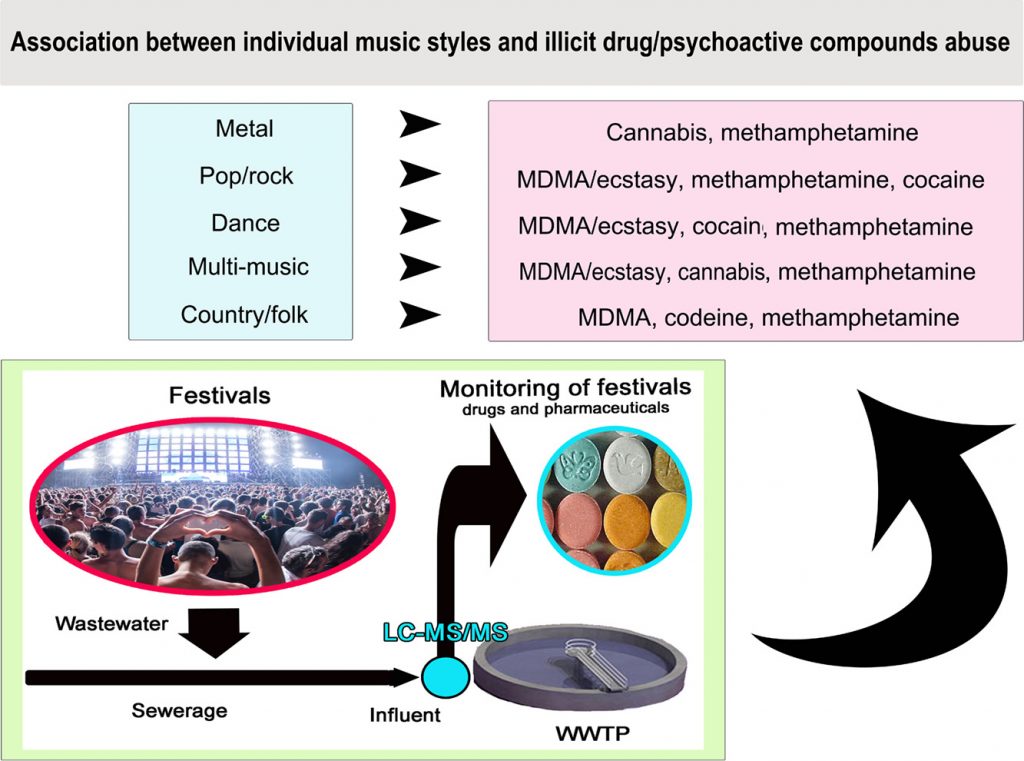 Via Science of the Total Environment.

Methamphetamine was also particularly ubiquitous in the wastewater tests, but the researchers said that trend was not likely to be globally representative, as the drug is uniquely common in the Czech Republic and Slovakia.

“Illicit drug consumption patterns in former Czechoslovakia are specific because of a high methamphetamine prevalence; thus, the methamphetamine specific load (consumption) did not show significant differences during music festivals compared to background days despite of relatively high prevalence in questionnaire studies.”

Beside that, the study, published in the journal Science of the Total Environment, largely affirmed the findings of previous surveys and wastewater analyses.

“The general trends between drug consumption patterns and music genres are similar to those observed worldwide, with local specifics originating from the socio-economic situations in the Czech and Slovak Republic,” the researchers wrote.