Back in December of 2017 and despite overwhelming public opposition, Ajit Pai, the head of the Federal Communications Commission, voted in a 3-2 decision to repeal net neutrality laws. (In a weird coincidence, Ajit Pai was formerly a lobbyist for Verizon, who directly benefits from the repeal.)

While this will have an overwhelmingly negative effect on everyone not currently collecting a check from an internet service provider (ISP), the growing cannabis industry may be one of the hardest hit by this law’s repeal. But before we get into that, you may be asking “What is ‘net neutrality?’”

So hypothetically, if Comcast had an on-demand streaming service that was competing with Netflix, Comcast could choose to slow down, or “throttle,” Netflix’s data rate. This would increase pauses for buffering, making Netflix basically unwatchable and forcing Comcast customers to either watch only Comcast’s content or to pay more for Netflix as part of an internet bundling package. 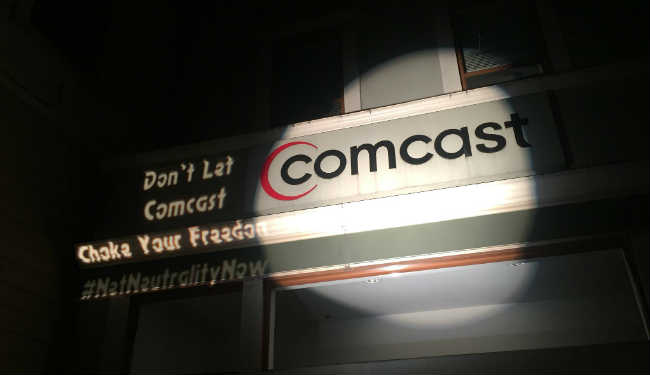 Non-hypothetically, Comcast actually did throttle Netflix’s data rate in 2013 until Netflix relented and paid them more money. Also non-hypothetically, Verizon did the same thing to their customers for YouTube, Netflix and other streaming services in 2017 as a “test” with no further explanation.

“So how does this relate to the cannabis industry?” You may be asking. “You can’t exactly stream marijuana on-demand, so why should we be concerned?” First off, you are correct: scientists should start working on marijuana streaming technology immediately.

Secondly, repealing net neutrality can harm the cannabis industry and its customers in a couple of major ways.

We’ll start with the ongoing battle for cannabis legalization at the state and federal levels. As Erik Altieri, the Executive Director of NORML has said “One of the main reasons that we’ve been able to build majority support for legalization so quickly over the past decade is because of the rise of social media and the internet more broadly…By removing information gatekeepers from the equation, Americans were able to more readily access information and do their own research on the benefits and risks of reforming our nation’s marijuana policies and to easily organize fellow supporters to take action.”

In other words, a major reason for the recent success of cannabis legalization efforts is the ease of organization for supporters through social media, as well as the free flow of information to voters on reforming their state’s marijuana policy.

If ISPs decide to throttle the speeds of websites that provide accurate and balanced information about marijuana legalization, while leaving anti-marijuana websites untouched, it becomes much harder for citizens to make an informed choice. This could have a major impact if and when their states, and ultimately the nation, votes to reform our marijuana laws. Similarly, throttling internet speeds for supporters’ websites or social media feeds can make it much harder for pro-marijuana groups to organize in order to put forward new propositions and laws.

To believe these industries would not use their money or influence to further hinder the advance of improved marijuana laws and expanded legalization is naive. Especially since a large stakeholder in private prisons is our anti-marijuana Justice Department head, Jeff Sessions.

Net Neutrality and the Cannabis Industry as a Whole

Beyond politics, repealing net neutrality could place an enormous burden on the cannabis industry at the business and consumer level as well. As with any growing industry, marijuana dispensaries use the internet to advertise their presence, provide information to regular and new customers, and generally conduct all other aspects of their business. 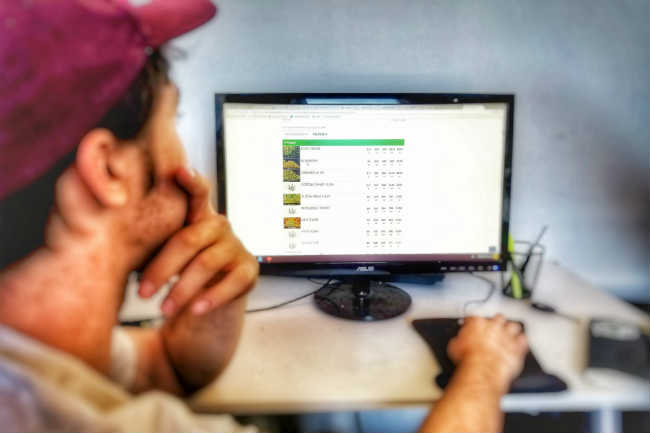 Marketing companies, grow operations, designers and everyone else involved in the industry from the periphery to the supply chain also rely on the internet. Choosing to throttle data speeds or customer access to any of these companies could quickly put them out of business. It could also stifle new cannabis startups who use the internet to seek out investors, build a reputation and expand their businesses.

While forcing cannabis companies to pay extra for reliable, usable internet speeds can place an enormous burden on an industry with already prohibitive start-up costs, in the worst case scenario marijuana websites may disappear from view entirely. The day after net neutrality was repealed, Comcast abruptly changed their stance, deleting their previous pledge “Comcast doesn’t prioritize Internet traffic or create paid fast lanes” and then tweeting out “We do not and will not block, throttle, or discriminate against lawful content.”

However, since cannabis remains federally illegal, Comcast and other ISPs may simply decide to block all websites and social media related to marijuana. They could be declared “unlawful” even in states where it is legal.

So, what can we do about all this? At the moment, the best thing you can do is to call your representatives and demand that the net neutrality repeal be overturned in the house and senate. You can also call your state representatives and voice your support for upholding net neutrality, as Washington State is doing, or suing the FCC, as 21 states are doing. Civic engagement is the best way to protect both the growing cannabis industry and your rights as an American to a free and open internet.

Do you think the repeal of net neutrality will affect the cannabis industry? Why or why not?

Read more from the source: PotGuide.com