There is a lot of anticipation on the cannabis front right now as 2019 approaches. Many pot advocates are confident that next year will be the year that Congress finally steps up and legalizes marijuana nationwide. Maybe even before next Christmas!

This is especially true since Capitol Hill’s legislative grinders came through in 2018 and authorized nationwide industrial hemp production for the first time in more than eight decades. The idea that President Trump just graced the 2018 Farm Bill with his signature, giving birth to a regulated system that will allow farmers in participating states to cultivate hemp as part of their plow and pick repertoire, is enough evidence, some might say, that the days of marijuana prohibition are numbered.

In reality, the notion that legal weed might make it soon to the national level is not too far-fetched.

This is because Democrats took back control of the U.S. House of Representatives in the midterm elections. Part of this ballot box revolution included the elimination of House Rules Committee Chairman Pete Sessions – a man responsible for blocking a number of marijuana-related proposals. The hope is that his replacement, Democratic Representative Jim McGovern of Massachusetts, will be more flexible in sending pot bills to the House floor.

And he probably will be.

McGovern said in November “I’m not going to block amendments for marijuana…Citizens are passing ballot initiatives, legislatures are passing laws, and we need to respect that. Federal laws and statutes are way behind.”

So, at a bare minimum, marijuana-related legislation will probably receive more attention in 2019 — even though that’s not saying much.

Something else to consider is that lawmakers close to the situation feel like the marijuana movement has a real shot at some major advancements next year. U.S Representative Earl Blumenauer, one of the primary voices for marijuana reform on Capitol Hill, has alluded in nearly every interview he’s done this year that as long as Democrats control of the House, marijuana prohibition is terminal. He felt confident enough about this recently to introduce to Democratic leadership his blueprint for nationwide marijuana legalization. In it, Blumenauer says he’s worried that if Democrats don’t make a move, Trump will use legal weed as a platform for his reelection campaign.

“If we fail to act swiftly, I fear as the 2020 election approaches, Donald Trump will claim credit for our work in an effort to shore up support — especially from young voters,” Blumenauer wrote. “Democrats must seize the moment.”

The Blumenauer blueprint begins by hammering away at marijuana banking, medical marijuana access for veterans and a few other issues that have been blown out of the water over the past few years. If those actions prove successful, the introduction of a descheduling bill would come around the middle part of the year.

It is likely that piece of legislation would be the STATES Act, a bill designed to give states the freedom to legalize marijuana without federal controls. Although the proposal doesn’t actually force the federal government to legalize at the national level, it is apparently the legislation that the cannabis industry wants to see on the books.

Lobbyists from various business sectors have already invaded D.C. to try and rally enough votes to push the STATES Act through in 2019, according to a report from the Hill.

Some U.S. cannabis companies believe the STATES Act is the best shot the U.S has at preventing the national pot economy from moving to Canada. “We won’t be next until we pass the STATES Act, and that leads to big investment, big conglomerates coming back to the U.S,” Acreage Holdings founder and CEO Kevin Murphy told CNBC. “Our view is we need to take control of this business.” 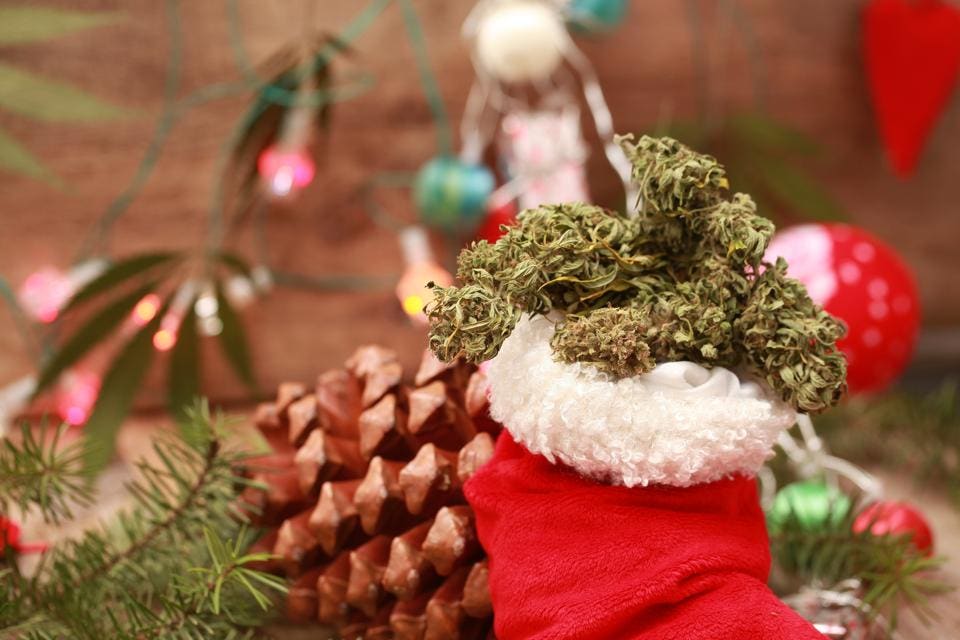 So, does this mean federal marijuana legalization will be our Christmas gift from Congress in 2019?

Well, if it were a horse, I wouldn’t bet on it. There are a few problems in getting Congress to legalize marijuana in the New Year. The first is Democratic leadership has not yet said whether it will make cannabis reform a top priority in 2019. The party is more apt to come out swinging on bills pertaining to Health Care and immigration. There is also the matter of Republicans continuing to dominate the U.S. Senate. More importantly, Senate Majority Leader Mitch McConnell is still running the show, and he said earlier this year that he doesn’t “have any plans to endorse the legalization of marijuana.”

So, while pot optimists might feel good about Democrats leading the House starting in January, in reality, we are dealing with a divided Congress, which makes it next to impossible to get anything done. Even if a marijuana-related measure did get through the lower chamber, hemp supporter or not, McConnell is not likely to get on board with this idea just yet. Hemp “is a different plant,” he said. “It has an illicit cousin which I choose not to embrace.”

Therefore, while the New Year will probably be the best we’ve seen concerning pot reform in the U.S, it will take nothing short of a Christmas miracle for Congress to legalize marijuana before the next holiday season rolls around.

I know, I know, Bah-Humbug!